We spent 4 days climbing with this two crazy California guys in some of the world best crags. It was a blast.

Couple weeks ago, I had the chance to spend 4 days climbing with Mahima and Justin, from San Francisco. When they first contact me, there intention was to climb only two day in Siurana, and after we figure out there time and plans, we where able to go for 4 days climbing in Siurana, Margalef and Montserrat. 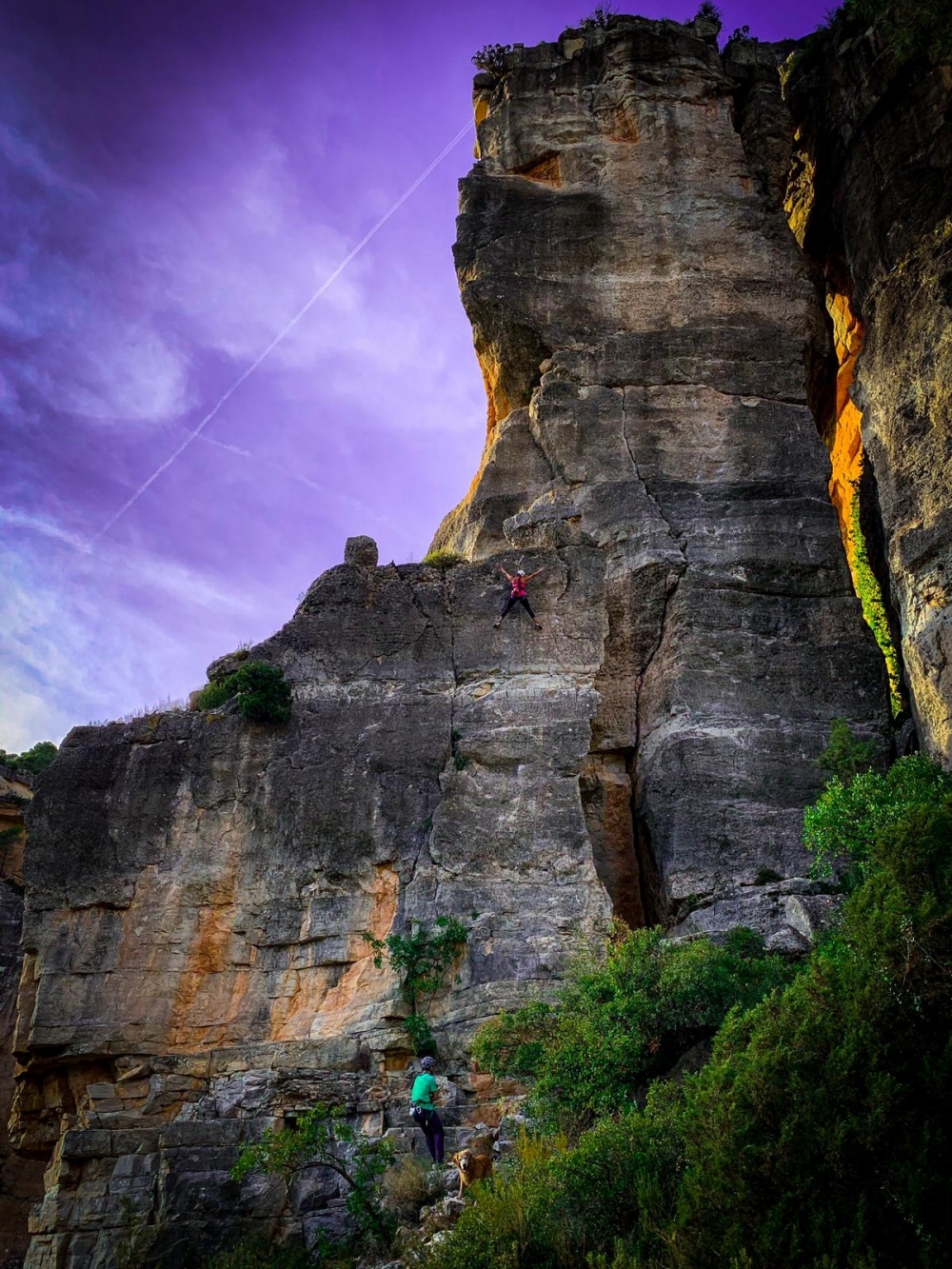 We met on sunday morning for our first climb together. It would be the introduction to one of the best climbing areas in Spain, Montserrat. We started off by climbing a route called Carles (V+, 180mts), on the Gorro Frigi. We went up pretty fast, so we decided to climb another route. After a couple rappels and a fast approach, we where at the base of the Magdalena Superior and ready to climb 98 Octanos (6a, 120mts). 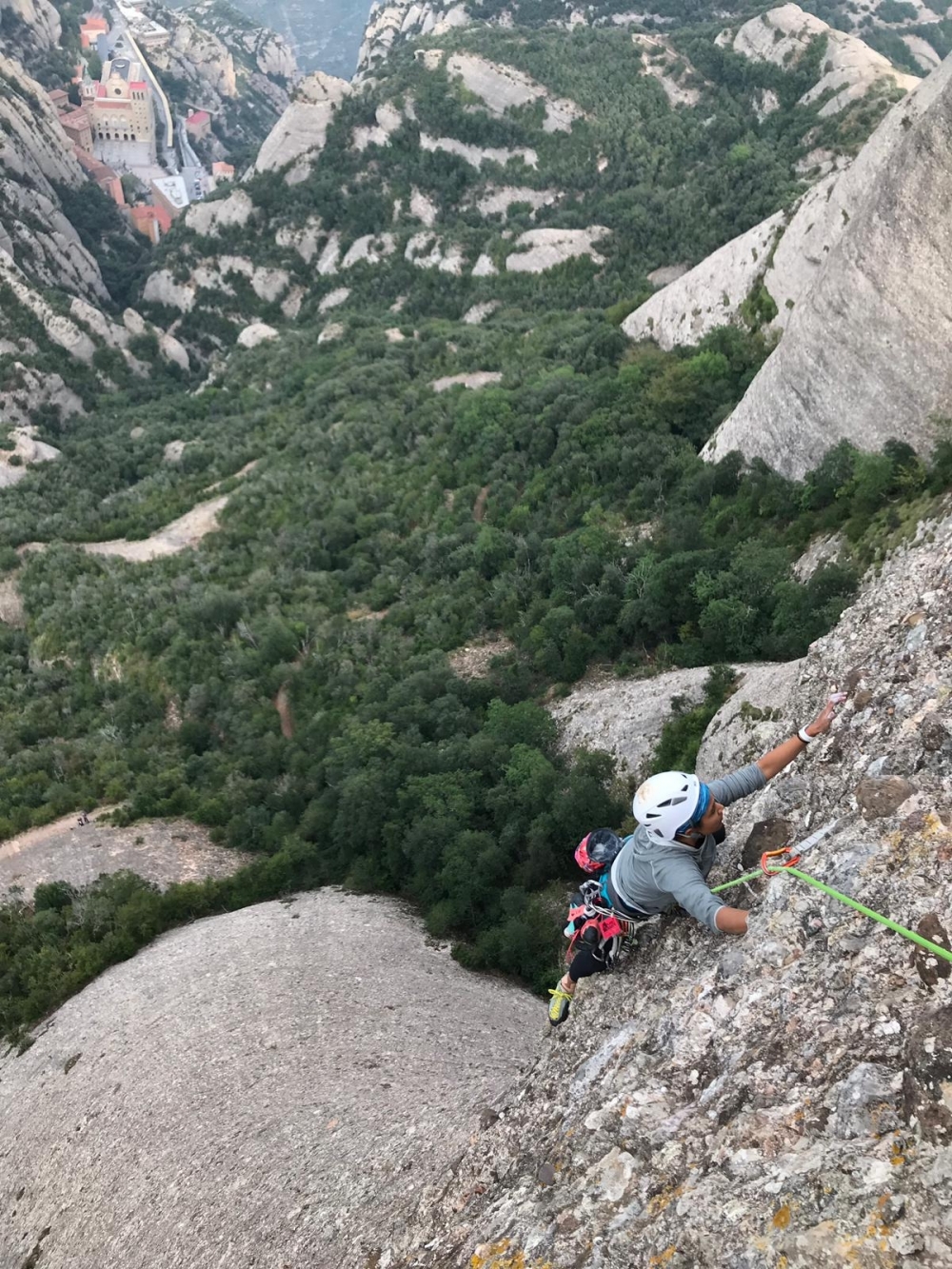 After two amazing routes and tons of fun, and almost in the dark, we made it to the car.

Our next stop would be Siurana. We climbed some of the area classics and ended up our first climbing day in this little paradise, having a beer at the Siurana bar, with an amazing sunset. 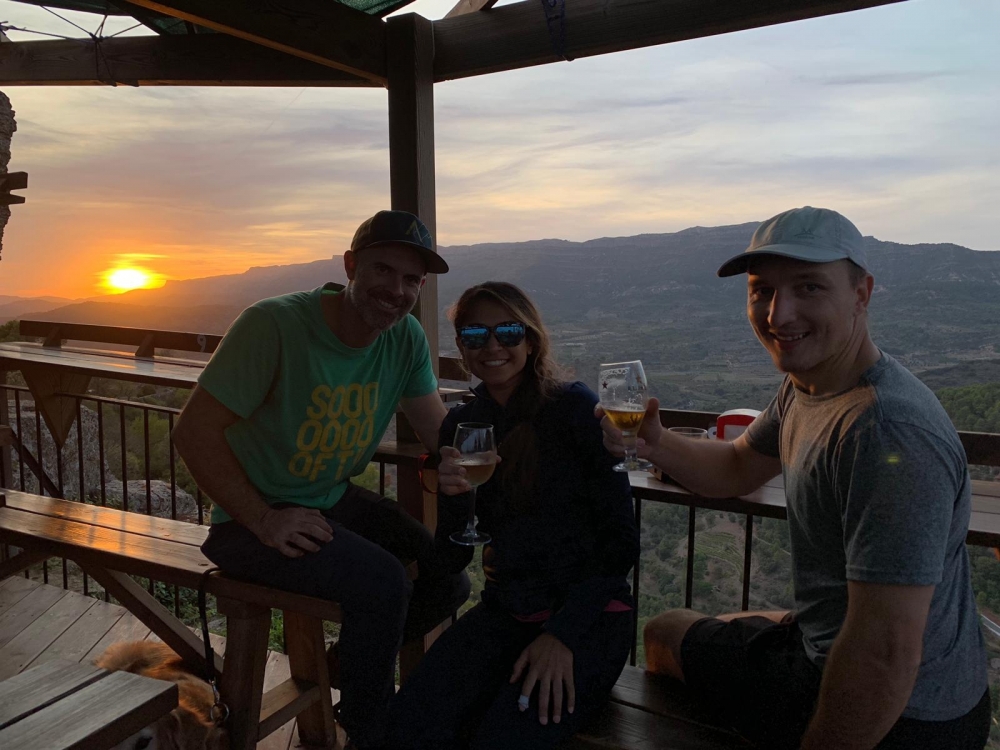 Next day we went to climb in Margalef. We climbed some really good climbs and laughed a lot. And then one last day in Siurana to try more classics. 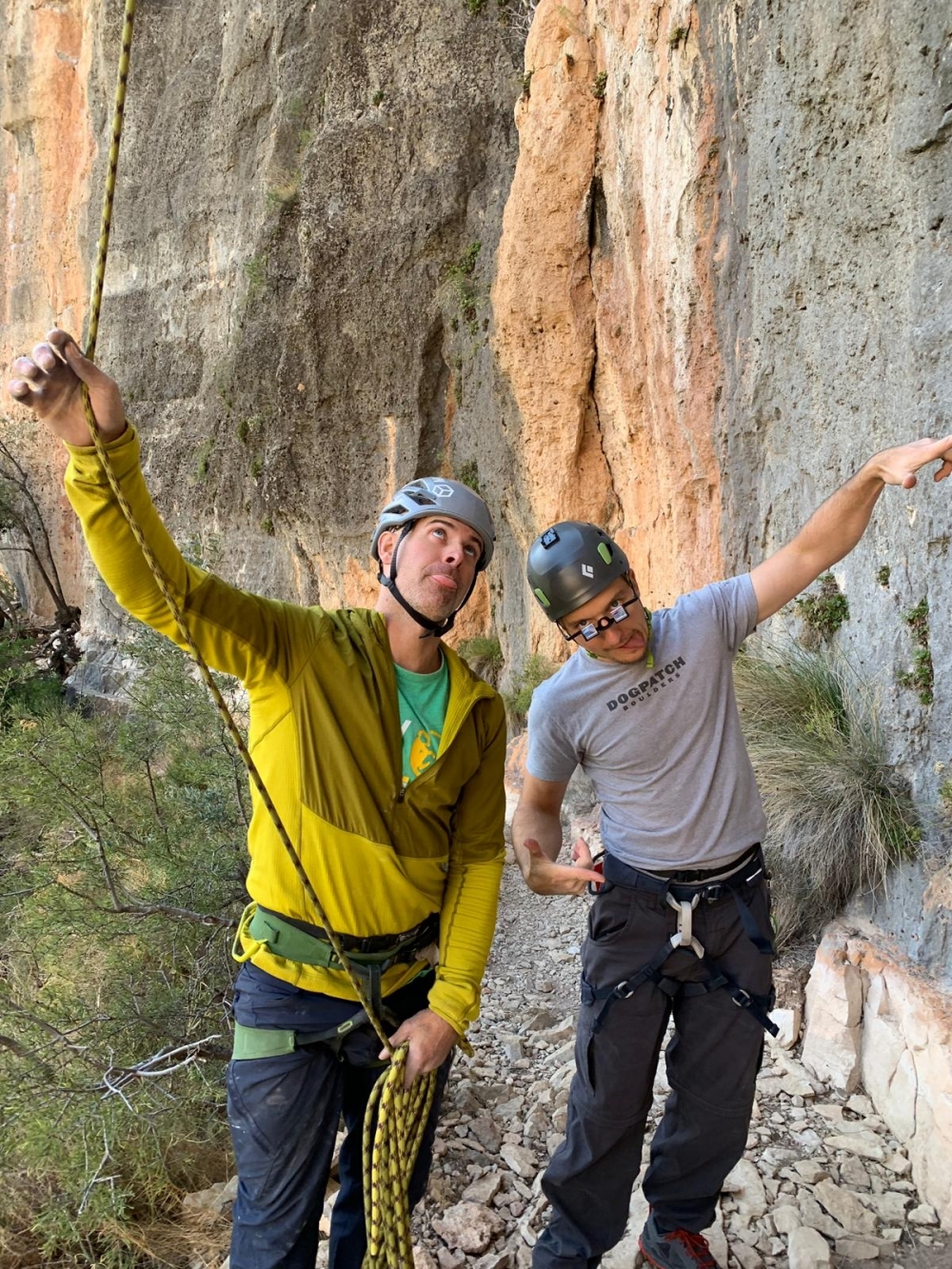 It was a sad moment when we had to say goodbye, but for sure we will see each other again. It was great climbing with Mahima and Justin and showing them around this beautiful region.

A selection of the best spots to climb during winter in Siurana.

The province of Tarragona has some of the best areas in the world for sport climbing. Discover our selection.

Great experience, in which we have enjoyed both children and adults! We hope to repeat! Santi has made It all very easy for us. Thank you!

hi Santi,
i'm sorry it took so long to post your review, but i wanted to have time to sit down and write a thoughtful one. thank you so much for a great experience. i truly can't think of anything you could do better than you're already doing. just keep up the good work!
thanks again!
Courtney (and Andrew)

We had the absolute best time climbing with you in Spain. We will cherish these memories for a lifetime and hope to return to climb with you in the future.

What we loved about climbing with you:
- your flexibility with our travel plans and jet lag
- your excellent communication skills in English
- your knowledge of local culture, places to eat and history of the location (we loved going to the climbers bar, meeting your friends, climbing in Reus and visiting Siurana town)
- your incredible experience with both ski and climb guiding
- your climbing ability!! #mindblown
- your friendly nature and willingness to understand what we (as your clients and friends) need.
- LUNA!!!!

Thanks so much for an incredible time. We can't wait for the next one :)